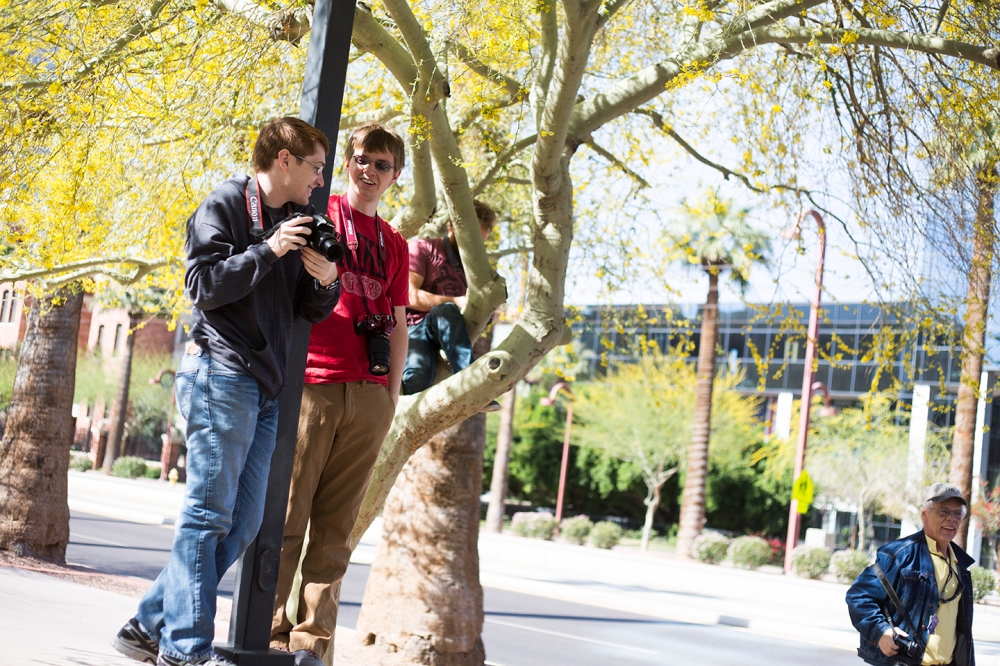 Realize this post is a bit overdue, but on Wednesday April 2rd I had my students meet at the Puente organized protest in front of ICE so they could have a chance to shoot the marchers as they started their 70 plus mile journey to Eloy, Ariz. The photo above is of three of my students photographing from a light post and palo verde to get a slightly higher vantage point of the press conference that preceded the march. You can see their photographs at the class flicker page here. 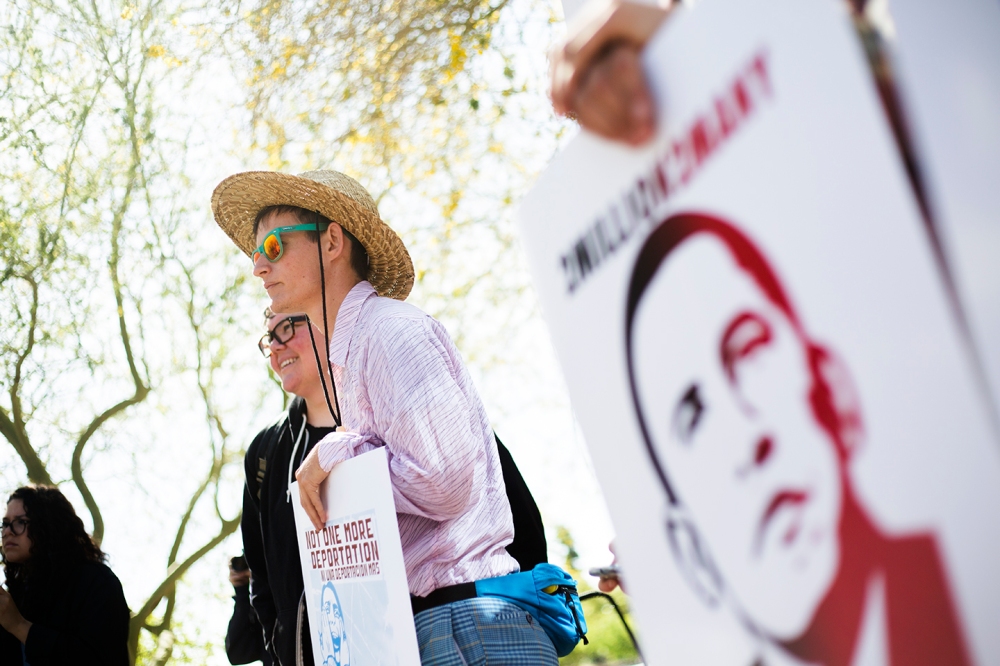 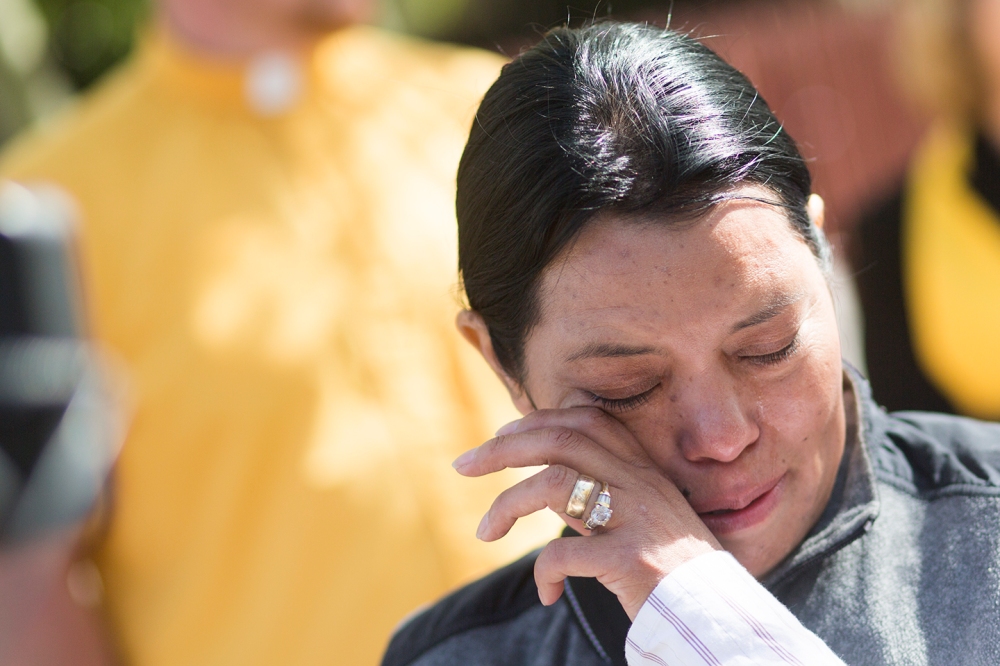 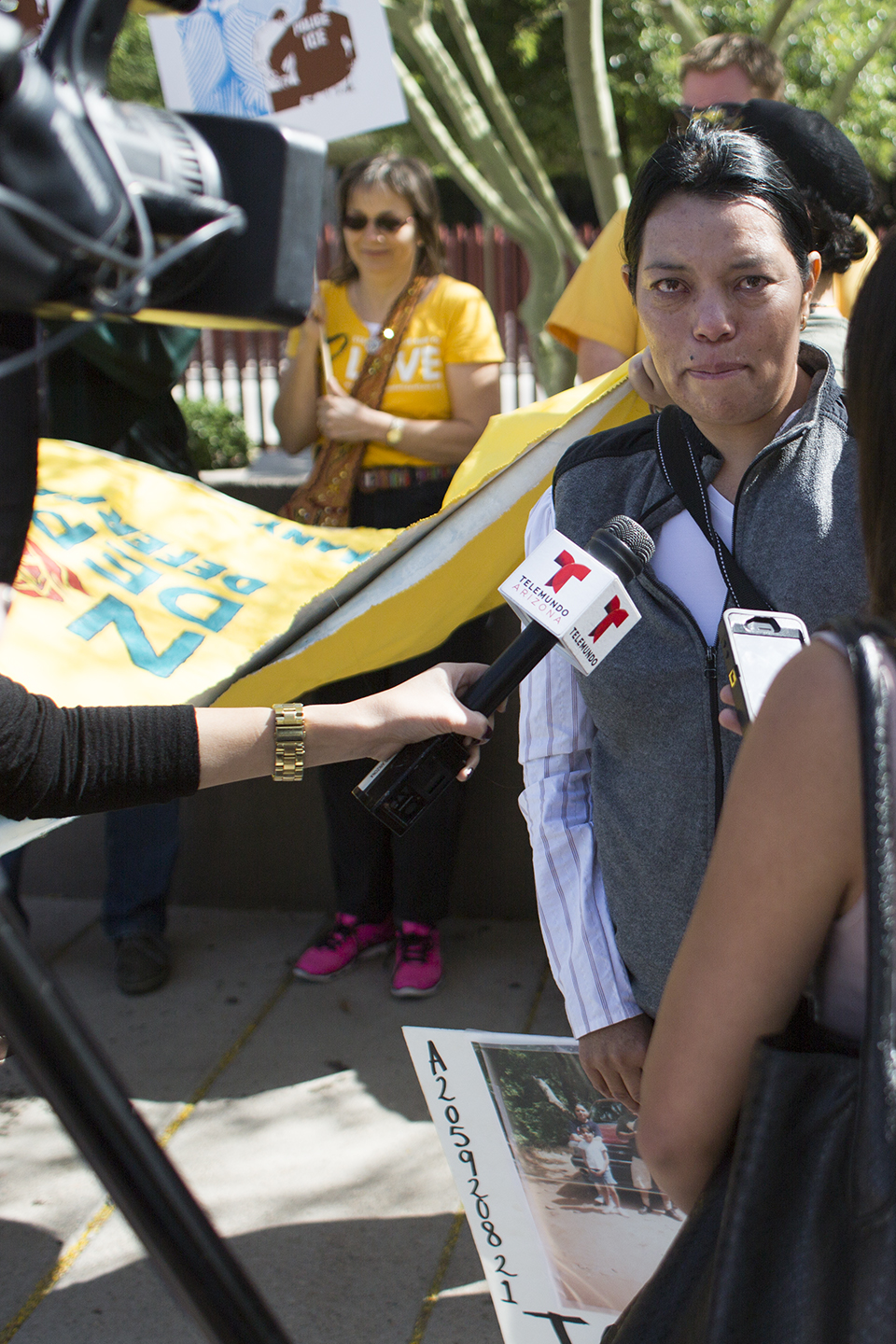 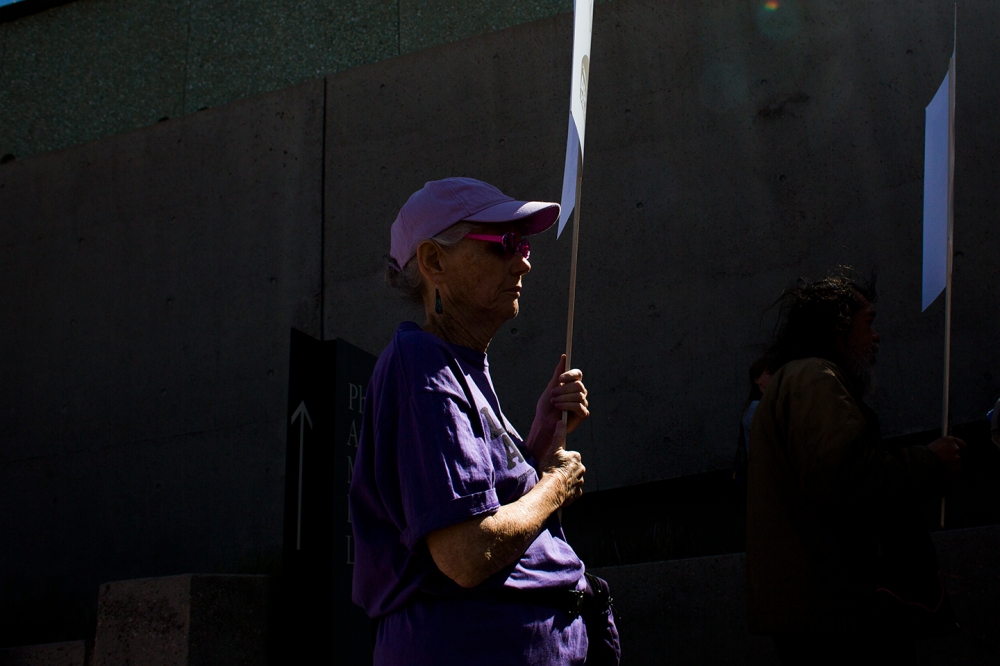 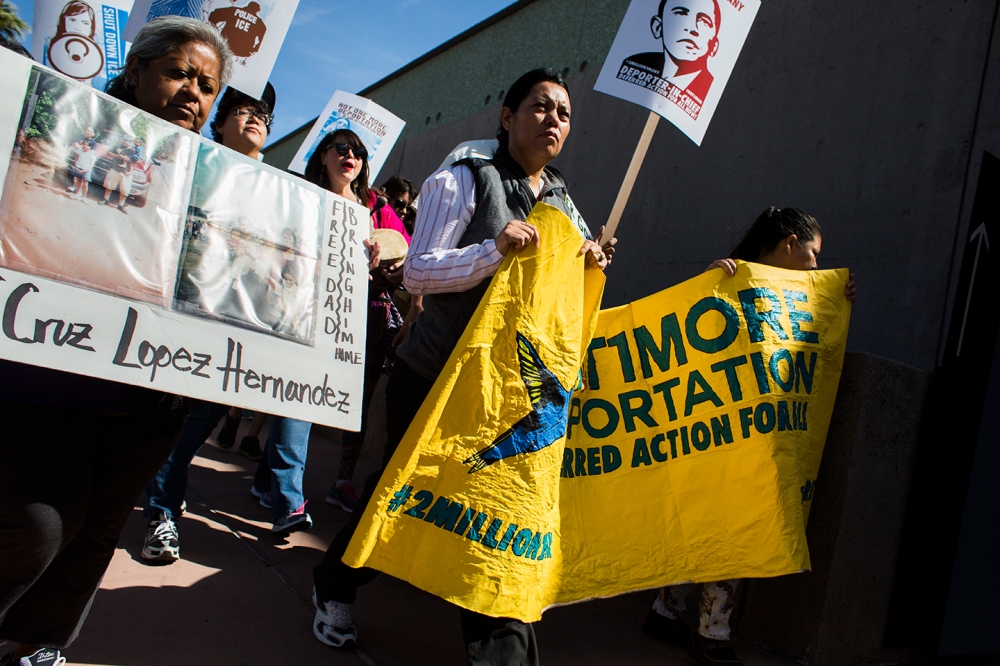 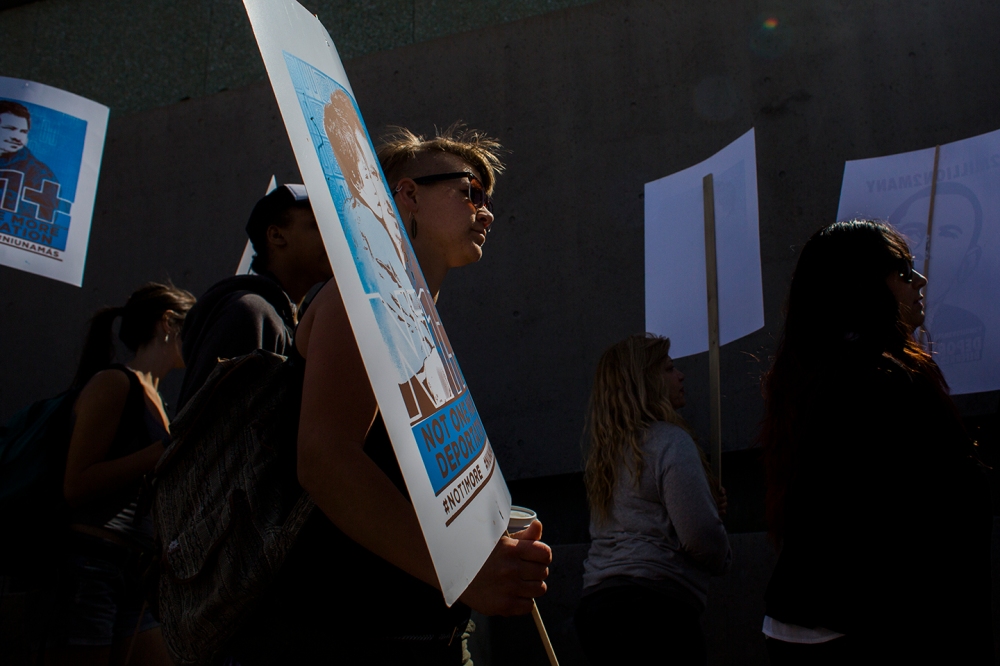 Randomly after a protest against deportation I met a group of refugees undergoing a training on how to use the valley metro system. So at one point all the Puente protesters were occupying the street corner, some who aren’t legal residents in the U.S. while at the same corner the newest immigrants, legally and through much hardship explored downtown Phoenix. 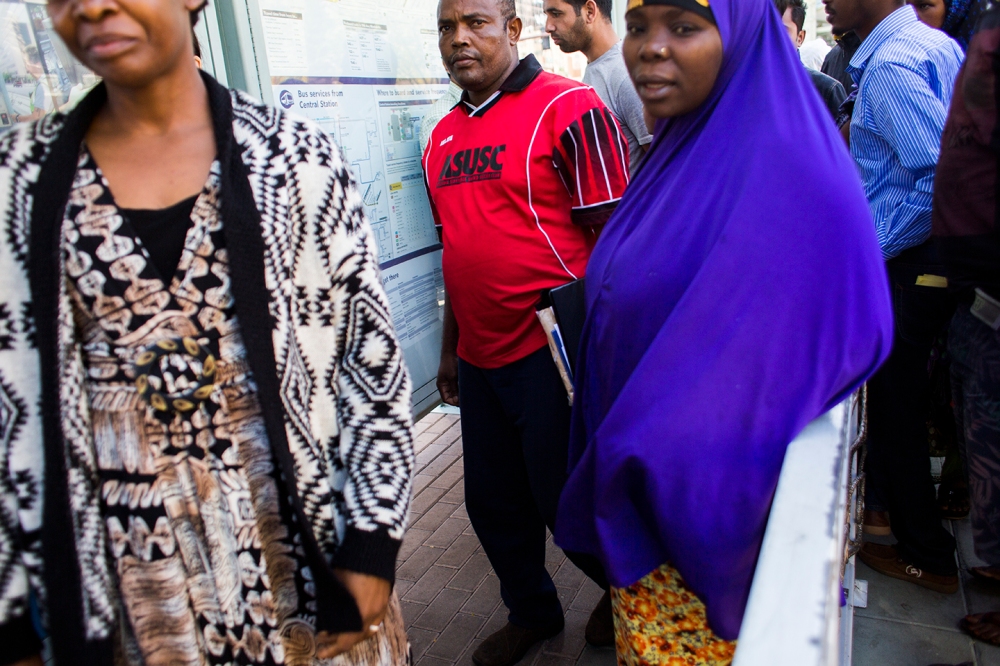 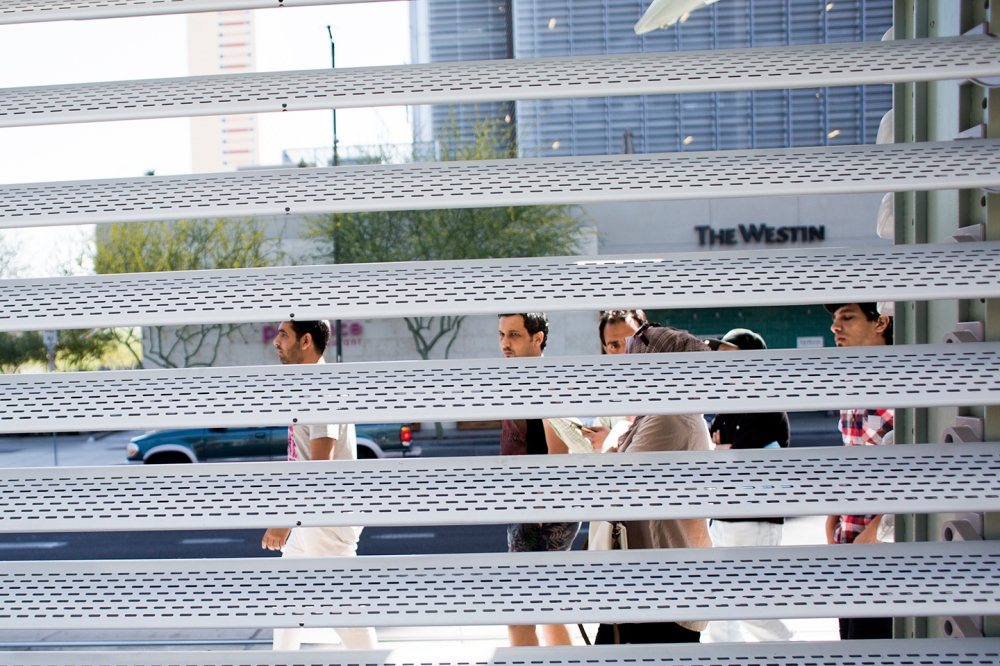