Tent City tour by the ASU and UMN Humphrey scholars

Thursday last week was interesting, I was able to tag along with Humphrey Scholars from the Walter Cronkite School of Journalism and University of Minnesota as they spoke with Maricopa County Sheriff Joe Arpaio and took a tour of tent city. The groups were comprised of journalism, human rights advocates, lawyers, judges and law enforcement officials from a plethora of different countries and they were able to listen to Sheriff Arpaio talk about his approach to law enforcement and address everything from his religion to his human rights record. 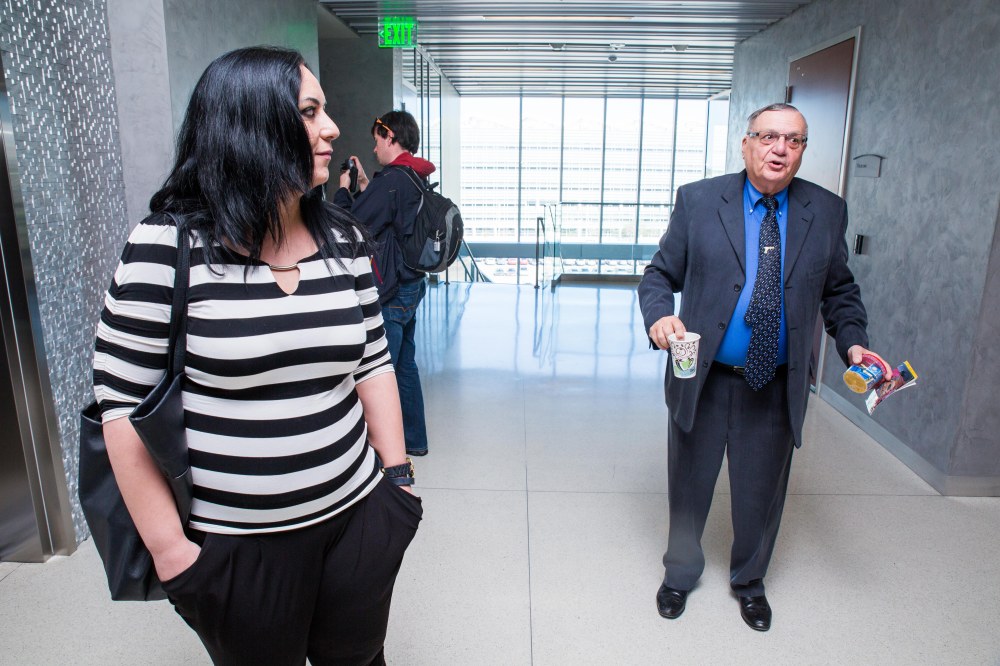 For many scholars the idea of an outdoor jail was something completely new, but when I served in Peace Corps in Zambia our local district Mwinilunga, functioned in much the same way. The fact that tent city serves no meat in their menu was a particular point of interest as well as prisoners working as a means to staying in the short term tent city as opposed to staying downtown. Pink underwear came up of course.

I’m uploading some images that I liked and trying to respect that I asked inmates before taking their photo, we had limited time but it was interesting to see the facility after growing up with it as a constant presence. My mother worked across the street and I remember as a child several times when she was late coming home because an inmate had escaped and her office was on lock down. 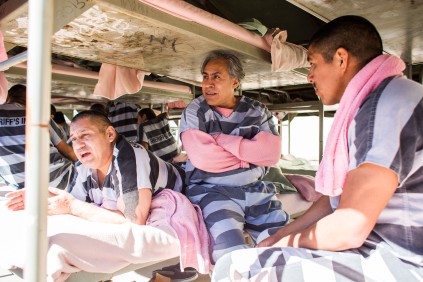 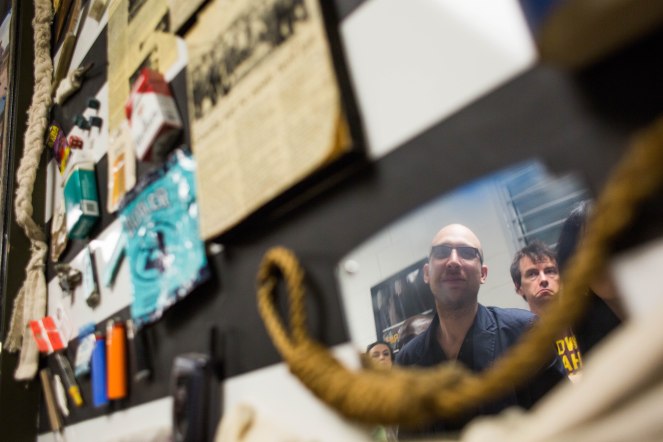 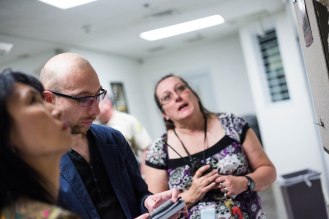 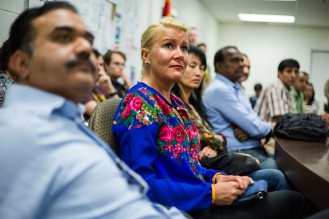 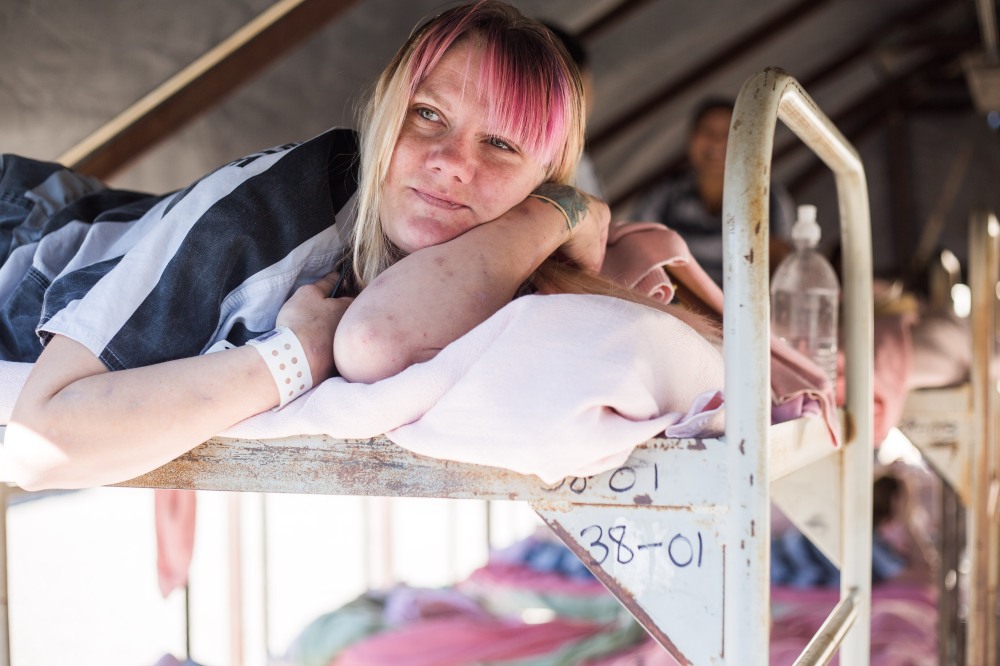 The inmate pictured above was being released at midnight and was so happy, she said she was clean and would go straight to rehab. She said she read a book a day and her favorite was The Fault in Our Stars, a great book about teens suffering from cancer who were in love. The covers of every book were so worn, it made me want to donate more books. 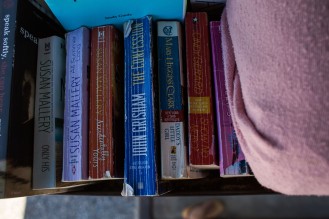 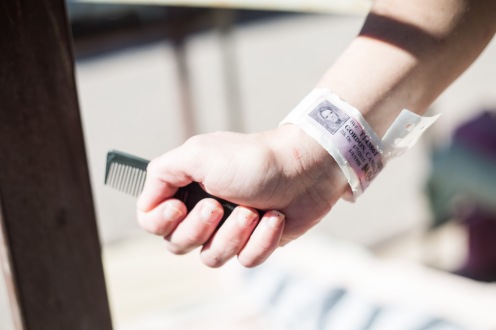 The image below is difficult to make out but it’s a calendar with crossed out days. 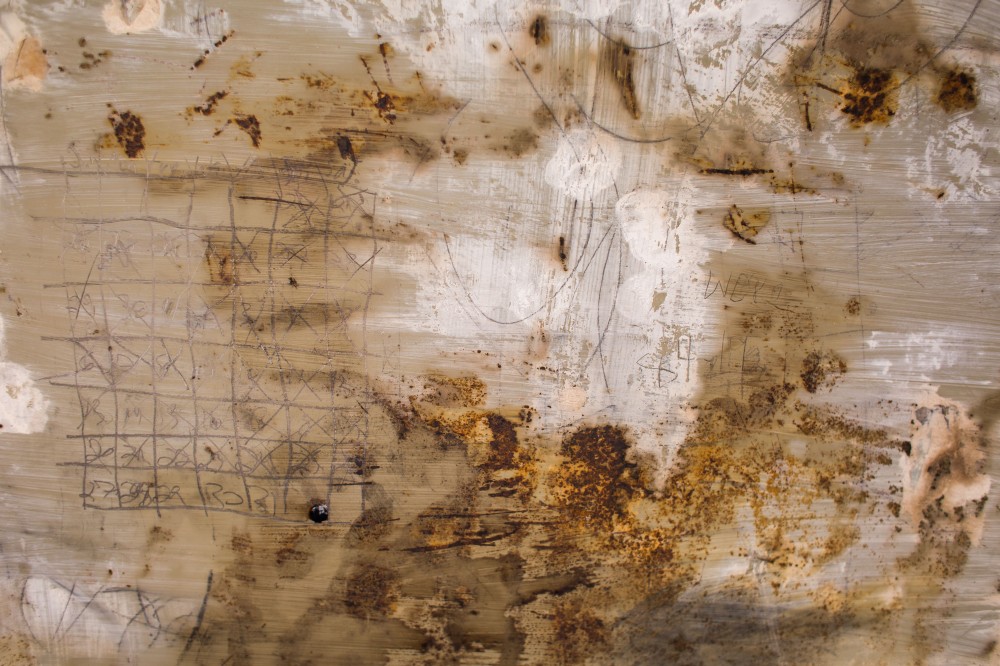 The guards were also interesting to talk to, it just wasn’t enough time. 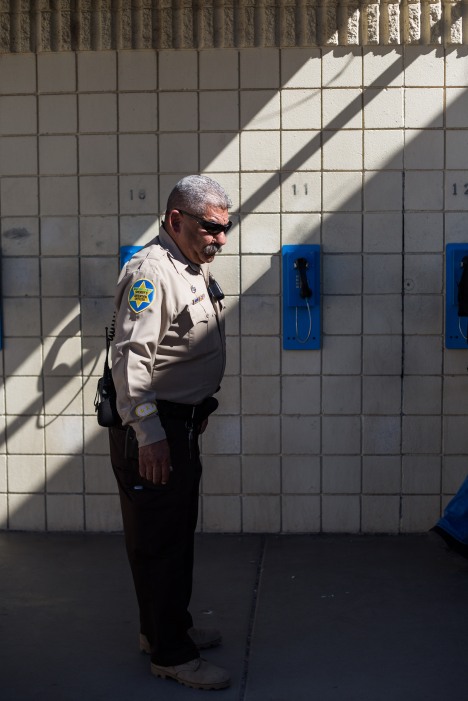 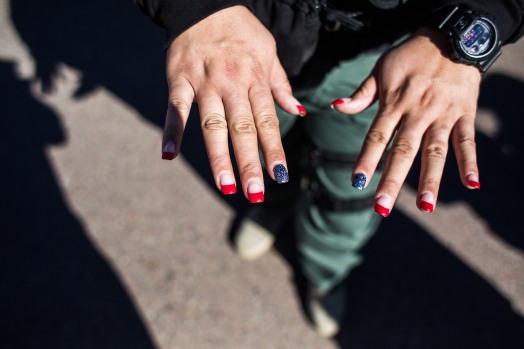