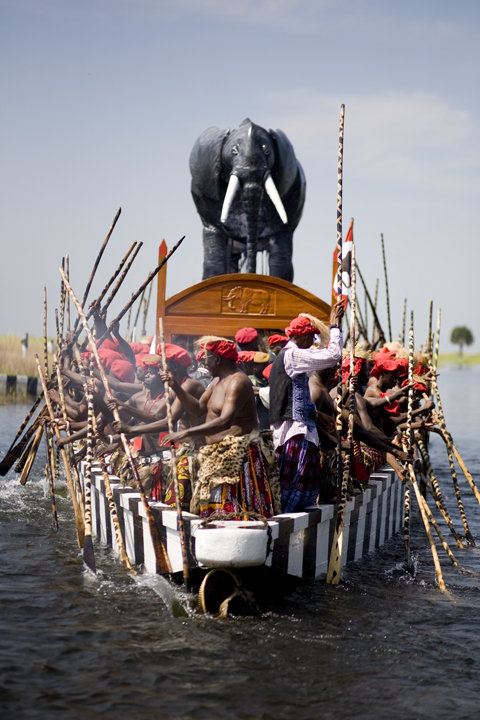 Kuomboka ceremony is most likely the best known traditional ceremony in Zambia. Kuomboka, meaning in Lozi language ‘to get out of water,’ happens whenever the Litunga, king of the Lozi people, shifts from his compound at Lealui on the Barotse flood plain for higher ground at Limulunga.

We had a chance to see the first ceremony in two years, the 2012 Kuomboka being canceled due to low rain and political motivations. Relations between Zambia’s ruling government and the Lozi people have always been tense and in 2011 then president Rupiah Banda refused to attend the ceremony.

Luckily for us the ceremony was on for 2013 and we used a slow but steady paddle boat, which took about three hours, to cover the 17km from Mongu (the provincial capital of Western province) to the Litunga’s palace at Lealui. The ride is beautiful, if only a bit hot, passing through the shallow channels and the beginnings of a Chinese built road that one day will connect Kalabo to the rest of Zambia. 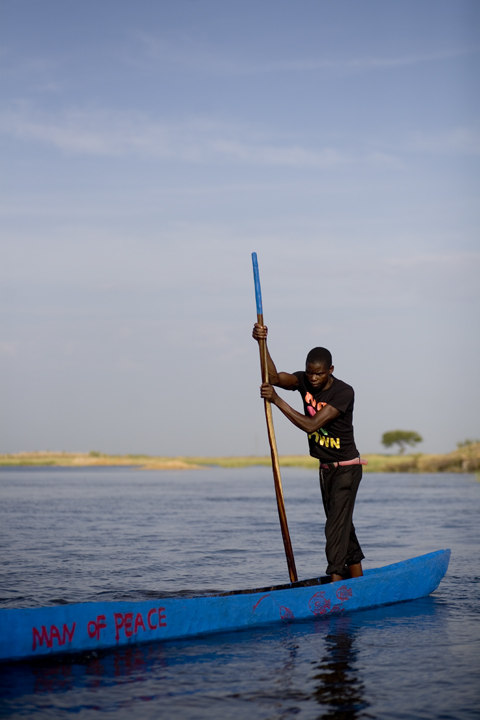 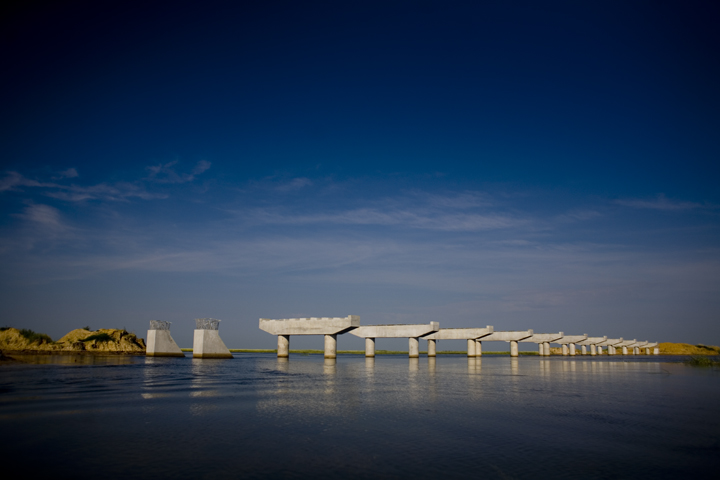 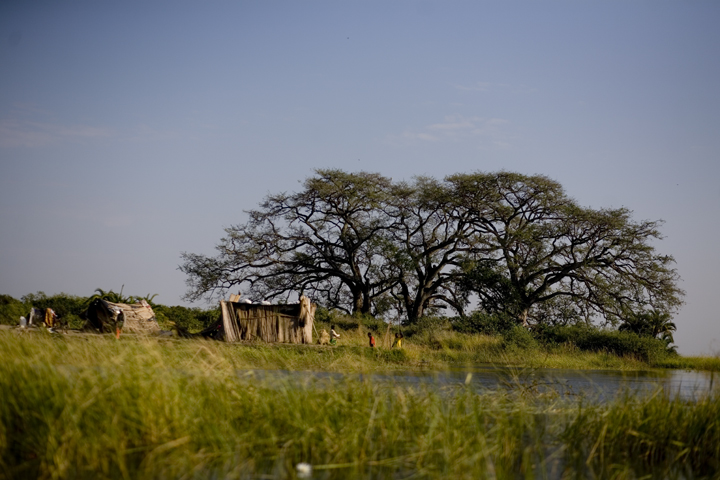 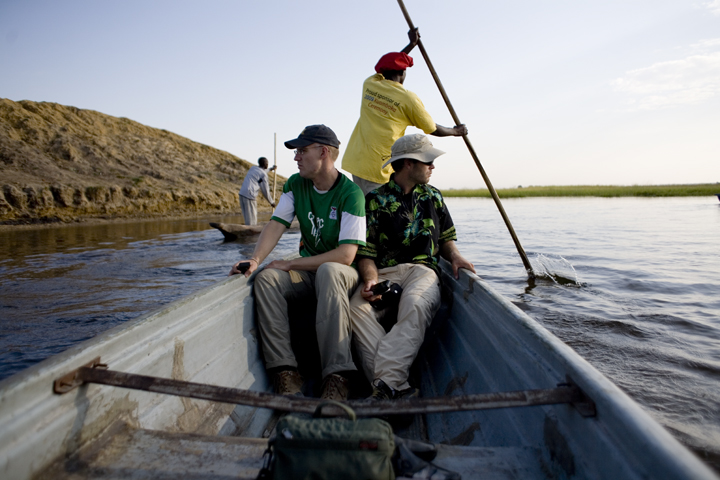 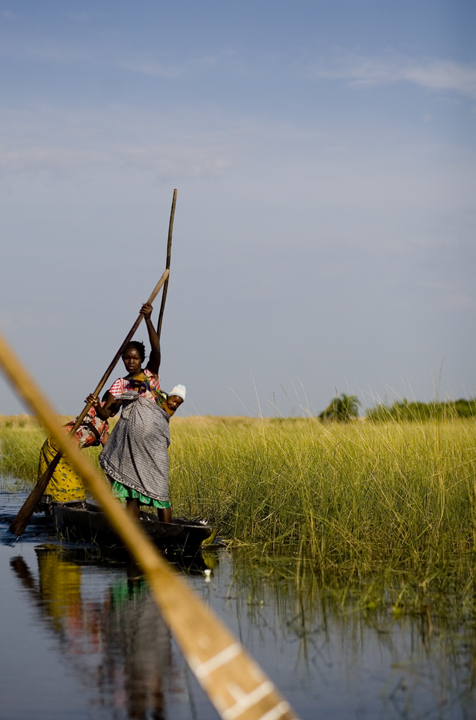 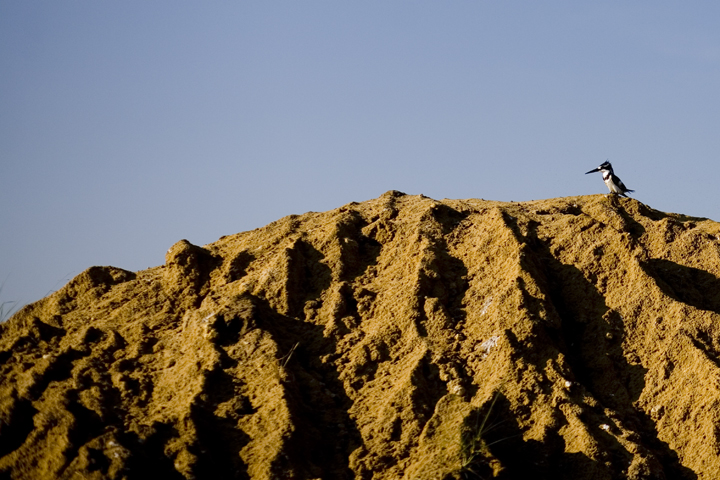 As we passed through the flood plain we saw many Lozi villages, all temporary thatch/mud structures which are simply packed up and moved on dugout canoes as water levels rise. There were a variety of birds, pied kingfishers, cattle egrets and of course even village chickens.

We arrived at Lealui in time to see the procession of the Litunga to his boat, preceded by his guns, stool, instruments and finally himself accompanied by Zambian vice president Guy Scott. Once the Litunga was aboard a fire is lit and drums begin to play. Scouts head out on two boats navigating the channel for the far larger Litunga’s boat.  Members of the royal family work together to paddle/push the massive boat out, one can recognize it by the elephant atop the cabin (whose ears can be flapped up and down as well), his boat is followed by the queen’s which has what some say is a cattle egret atop it, though it looks nothing like a cattle egret. 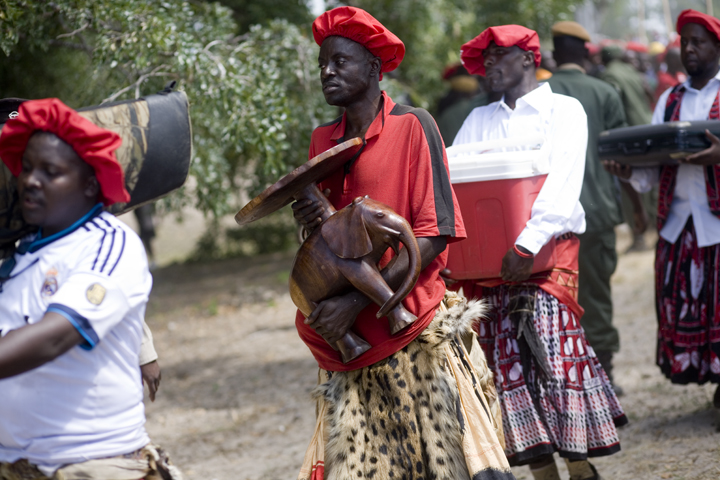 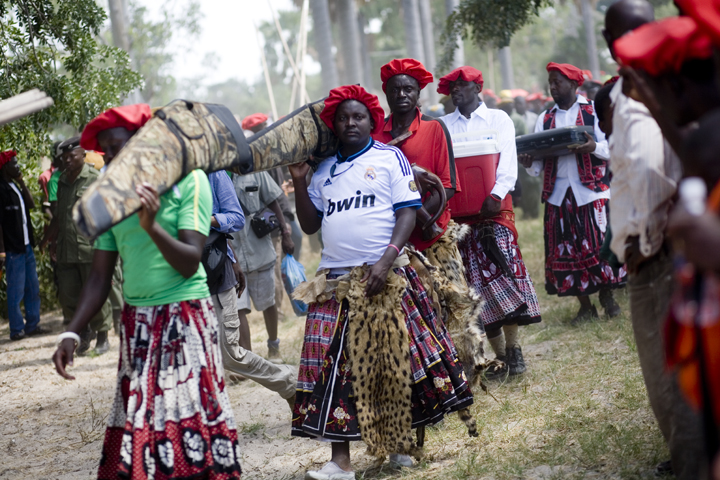 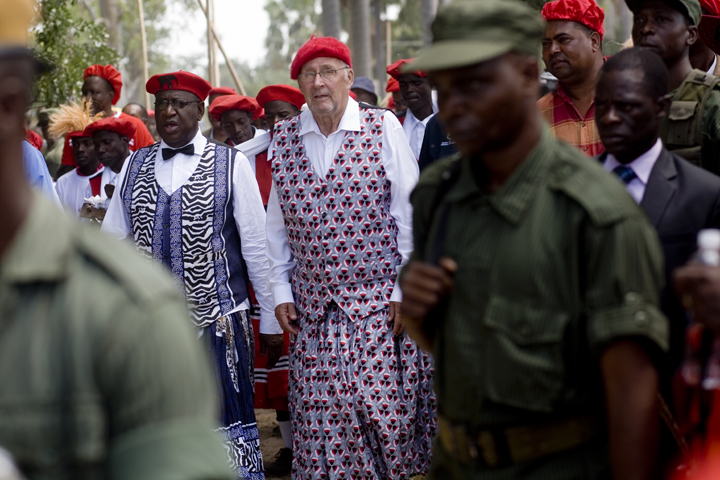 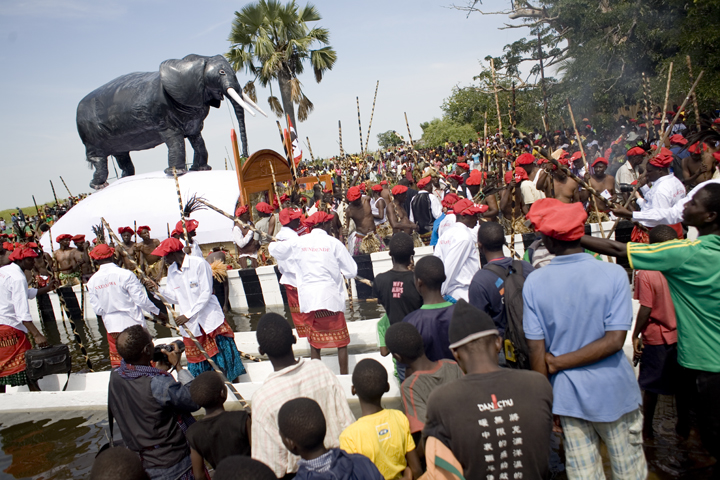 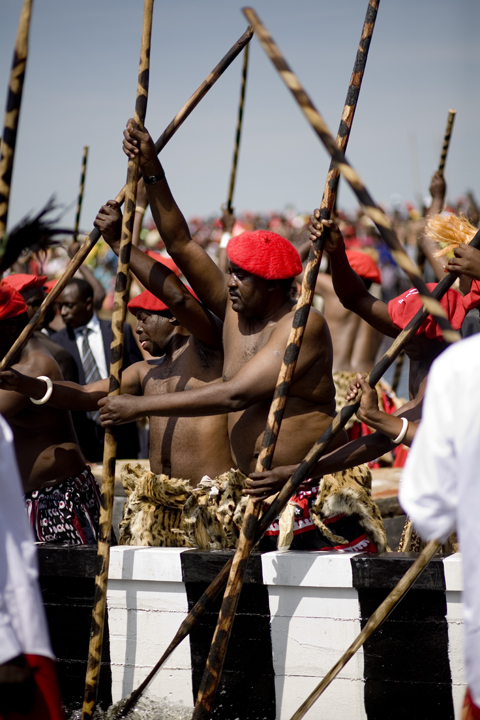 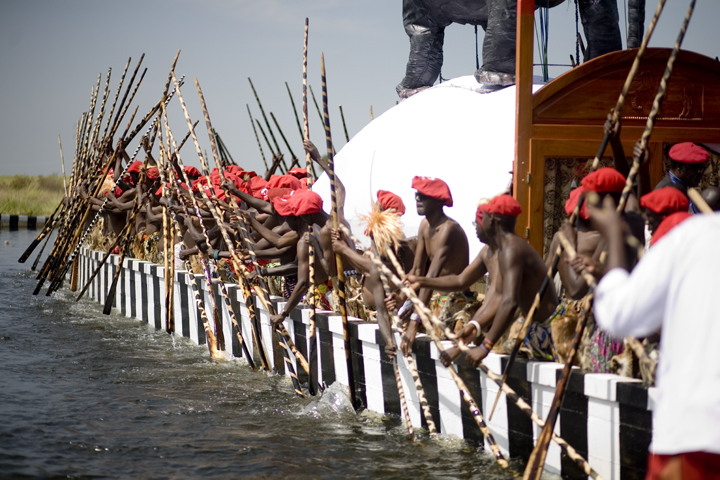 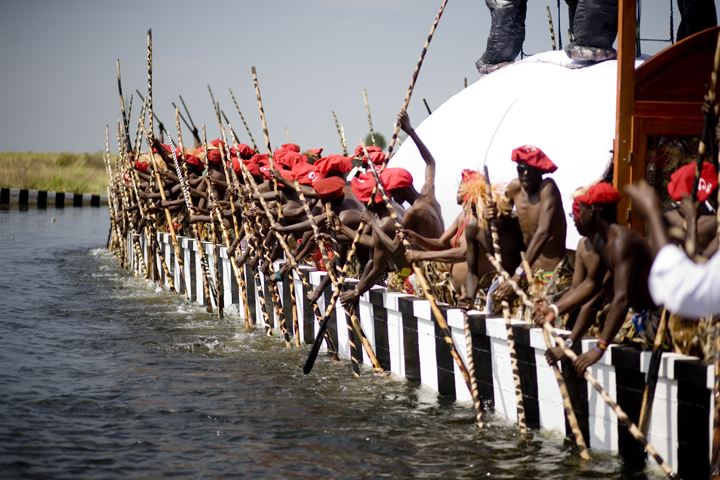 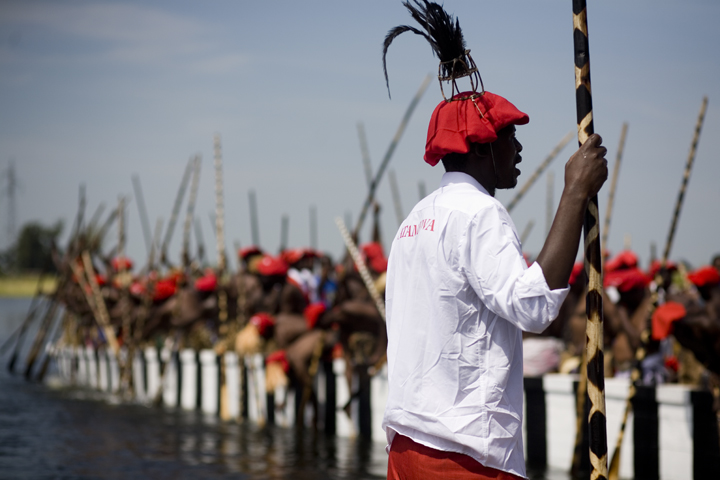 As the boat travels, Lozis in dugout canoes paddle alongside and even dance and sing. When the boat finally reaches Limilunga the Litunga emerges in his ‘uniform’ and the party continues. We failed to reach Limilunga, the six hours on a paddle boat in the sun sapped our energy so we took a break to braii. Though we did get a chance to enjoy the Litunga as he passed by with his entire entourage. 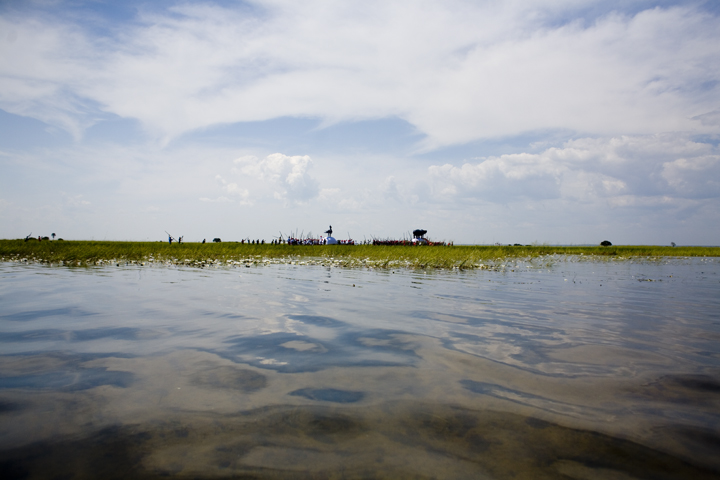 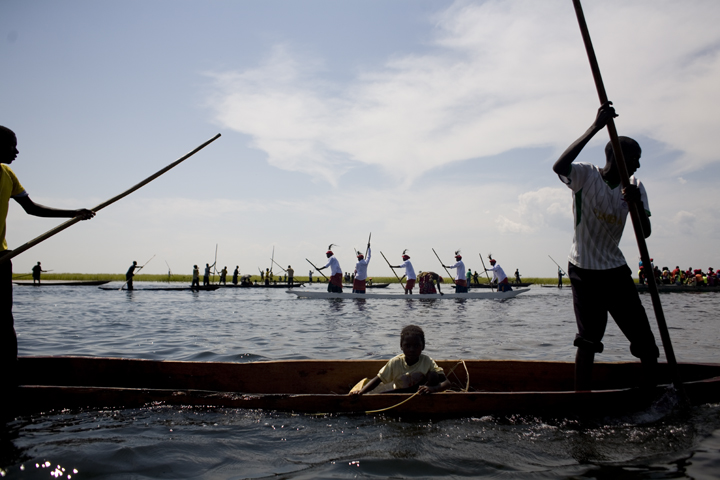 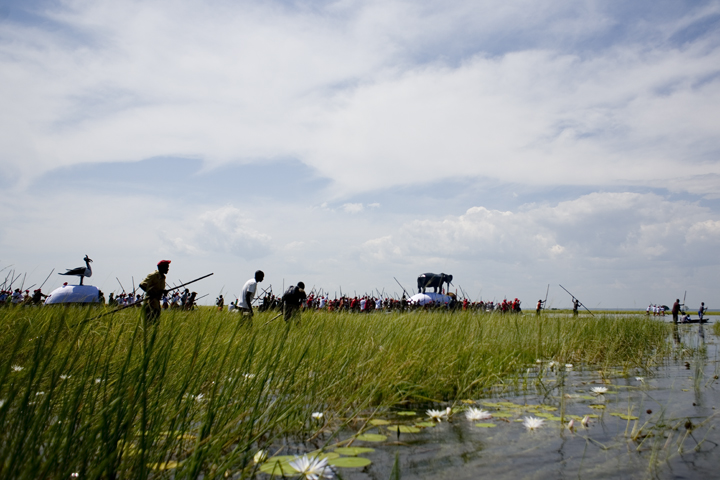 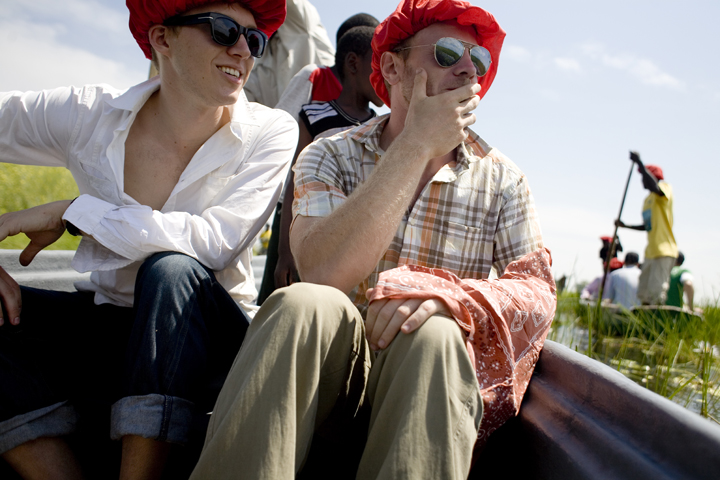 ← Barotseland
End of Term and Malaria Season in the Village →