So the days are winding down . . . videos being exported, writing being edited, codes being written and while I was nervous the whole summer that the work we did wouldn’t be what we expected, today I think it is even better. It’s a good start and I can say that everyone’s work, I mean everyone’s work is amazing and exceptional. It’s one thing to be given the financial opportunity to do work like this, but it is something else to see every single one of the journalists I worked with create pieces of work that make me alternately proud of our program and jealous because I wish I had thought of it. Below are some of the portraits we took to do our intro video and Christopher Cameron, a master of Motion put together an amazing video . . . bet you can’t wait to see it . . . just a few more days . . .

Chris Cameron, above, and Chrystall Kanyuck, below, worked on a project about Latinos in the military. You wouldn’t think it, but Latinos make up a large force in our country’s all-volunteer military and yet they receive little coverage.

Below are reporters Travis Grabow and Emily Graham that worked on stories relating to religion and Latinos in the United States. Many Latinos today in the United States find themselves raised as Catholics and living secular lives. Some find their way to the Mormon faith, to Protestant faiths, and some to Judaism.

In the area of education Jeremy Pennycook and Elizabeth Shell did a series of videos focusing on early elementary education, high school, and higher education. Their videos use a function that allows links and extra information run alongside the video. 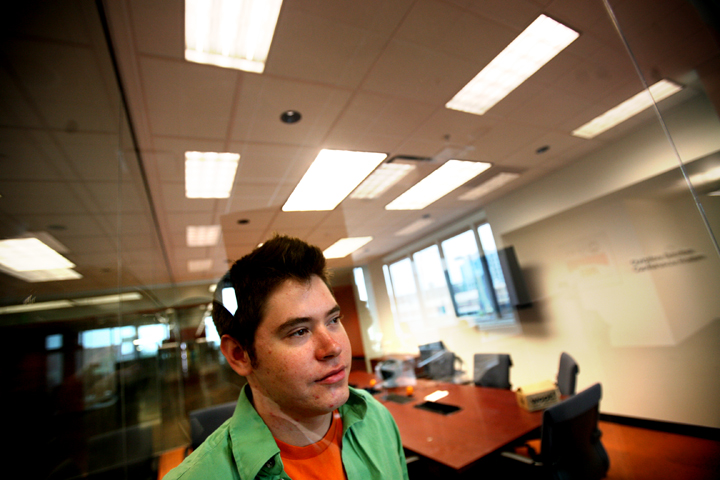 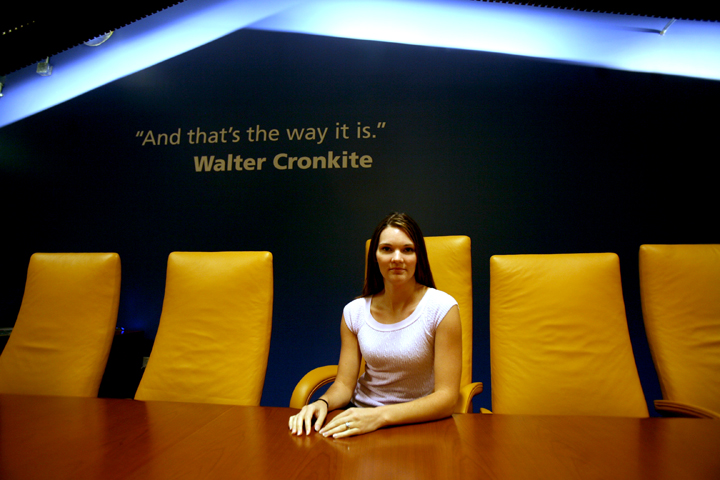 Christine Rogel focused on e-verify, the controversy surrounding the program and the rewards and costs of utilizing the system in Arizona. Can’t wait to see what her stand up looks like on this one . . . 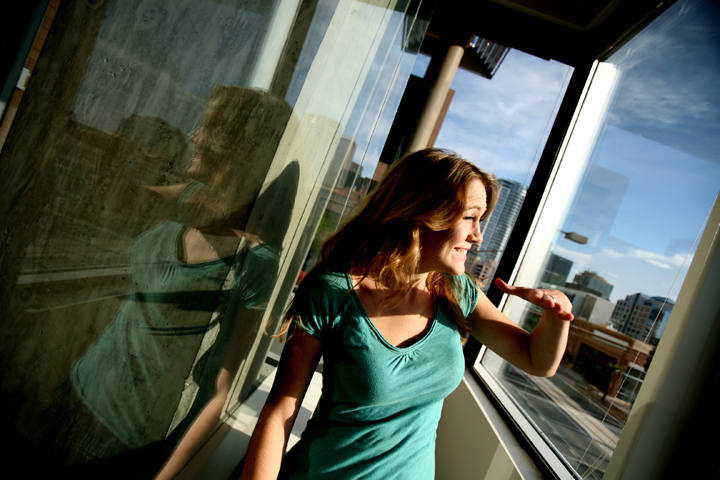 Evan Wyloge is doing a study of the 1986 Amnesty program and a theoretical look into what amnesty would mean today. Some of my family got their citizenship through the amnesty program in 1986, can’t wait to see his work on it.

Another interesting story comes in the form of Dave Kempa’s look into the personal side of immigration. Kempa went down south, I mean all the way to Campeche, Mexico, so you’ll have to look at his work when it’s all wrapped up.

As for my story it ended up being an amalgam of the Virgin of Guadalupe and examples of cultural spread through out the United States and some parts of the world. I can’t wait to show you more of it, I can’t believe we’re almost done.