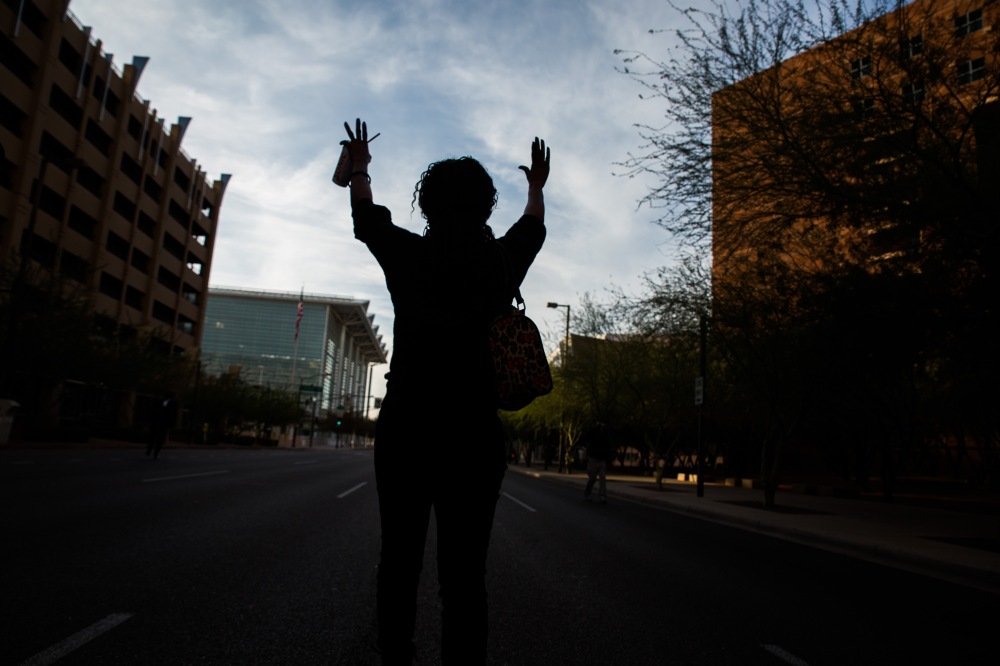 The Stop the Killing protest was one of many today across the country. The protest focused on the deaths of Eric Garner, Mike Brown but mainly those deaths in Phoenix of Rumain Brisbon, Michelle Cusseaux and Salvador Reza. 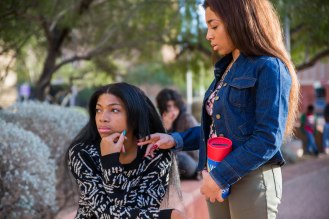 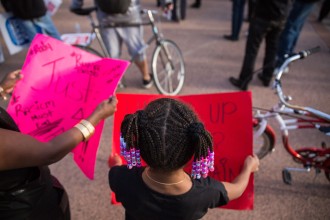 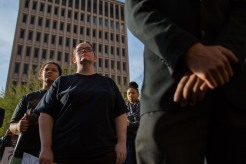 The protestors also focused on the lack of indictment of officers, as many already know in the case of Eric Garner and Michael Brown. The protestors began at Cesar Chavez Plaza passed the Phoenix Police Headquarters, turned back up Jefferson and held a die-in at Maricopa County Superior Court, passed through the CVS at Cityscape and stopped for a second die-in at Washington and Central. The die-in’s lasted 4 minutes and 28 seconds to symbolize the time, 4 hours and 28 minutes, that the body of Michael Brown laid in the street after his death. 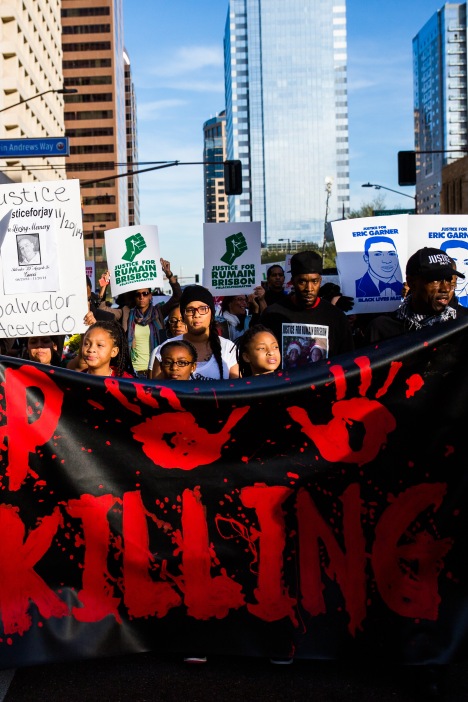 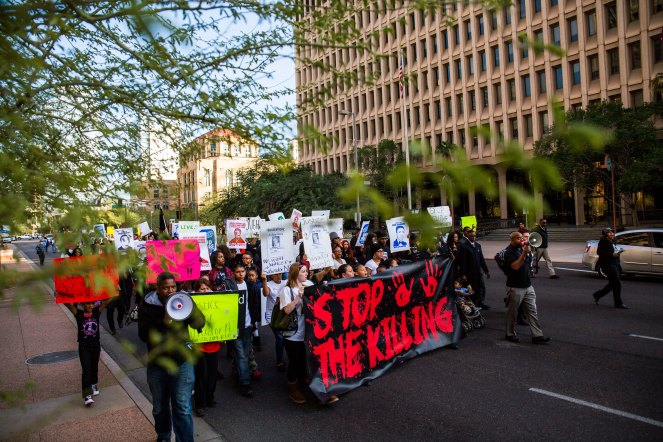 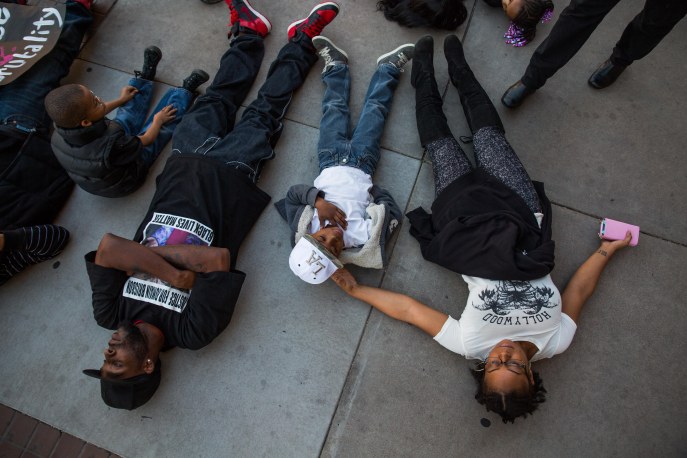 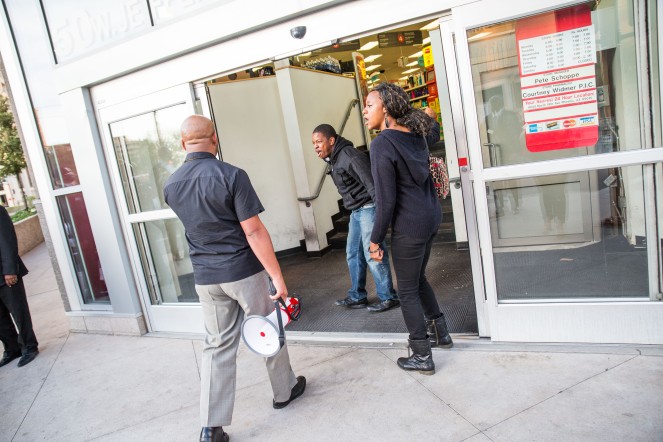 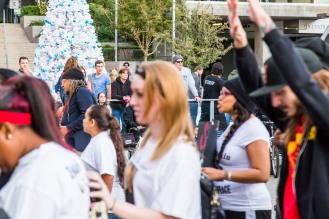 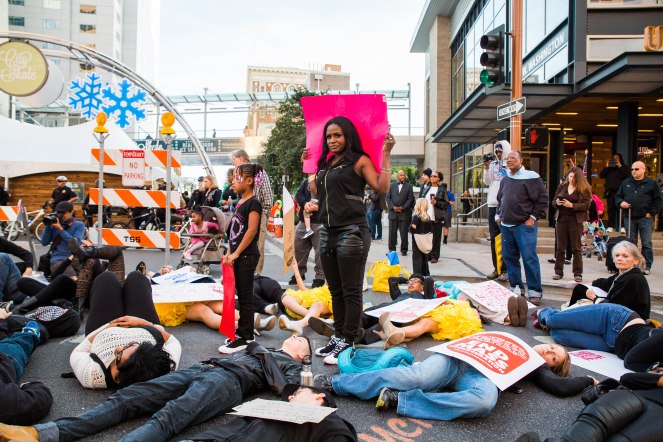 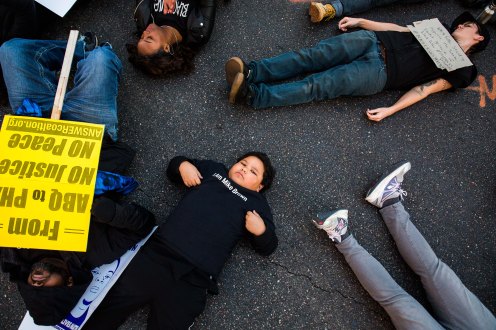 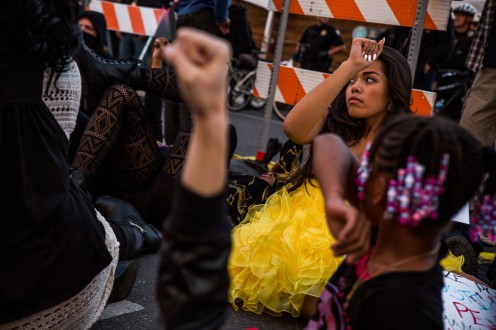 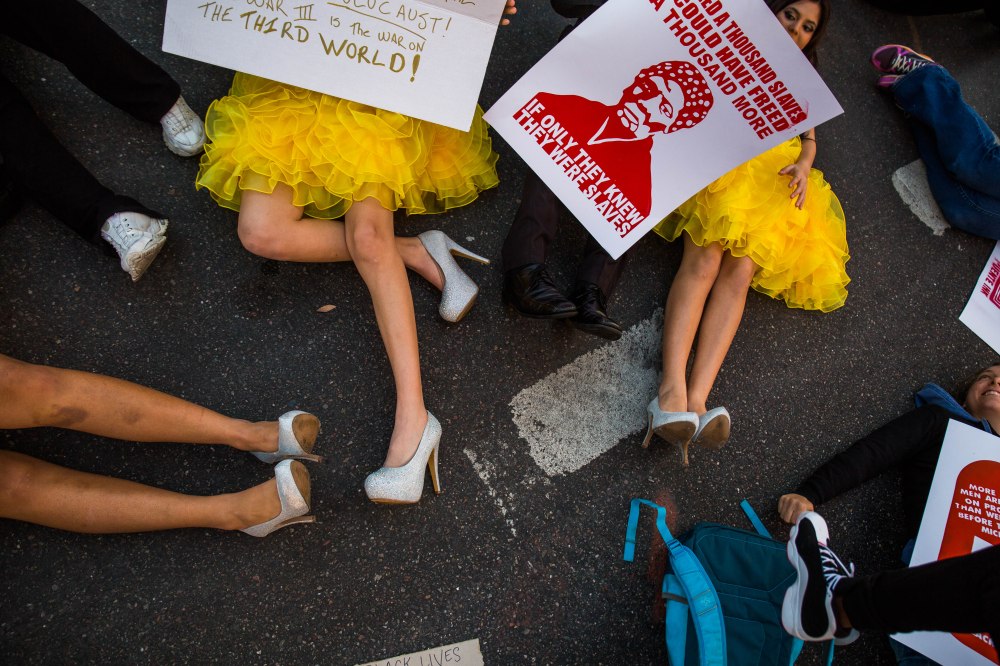 The protest continued down Central blocking the lightrail line until protestors reached McDowell Road and Central before being stopped by a line of police on the West end of McDowell. At the intersection a prayer was held, along with the “hands up, dont shoot” that has been heard throughout all these incidents. 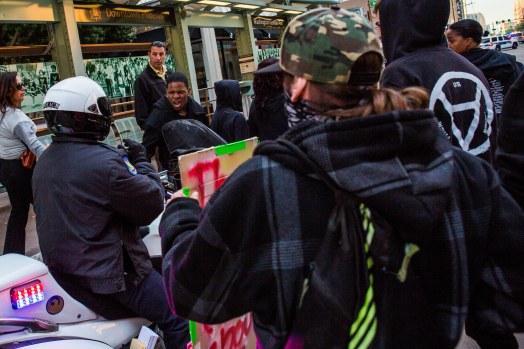 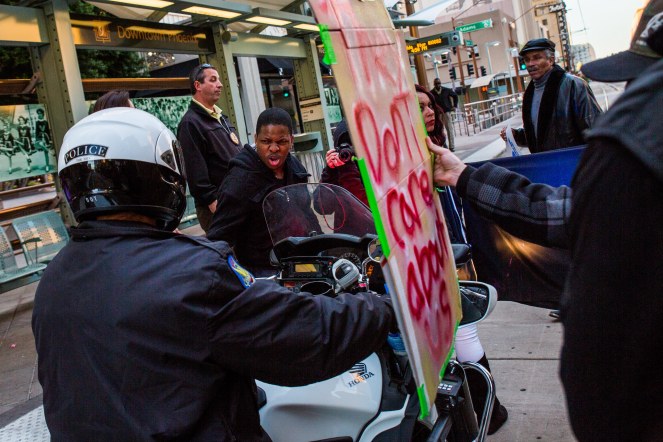 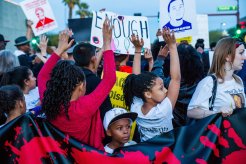