Today several organizers that worked with Cesar Chavez at the Santa Rita Center in downtown Phoenix spoke to children from Herrera Elementary School. They touched upon their memories with Chavez and the origin of the phrase “Si Se Puede” which has become a focal point of modern day Latino organizing. Chavez always supported Aztec dancers and the day began with two young women going by the names Tonatzin dancing. Later Jose Cortez and other organizers took the front to speak to sixth grade students about their history with Chavez. What struck me was by the emotion that still hung in their voices 42 years after Chavez’s 24-day fast and their urging for children to look up to this figure who in many non-Latino communities is not well known. Organizers spoke about their experience working in the fields, organizing communities to strike and demonstrate together. At one point organizers spoke of the terrible conditions farm workers faced and described weeding on their knees for hours on end. They asked the children to get down and attempt to pick up stones from the ground on their knees and of course the children laughed at the novelty of the experience, it was so outside the realm of their own experience. Some children later said they wanted to be like Cesar Chavez and when asked, responded that they were good leaders. There was such true happiness exuding from the organizers at hearing these words, they stressed that we can be good followers but leaders, strong leaders like Chavez, were hard to find. One speaker provided quotes from Chavez, prompting me to search his other quotes. This one stuck in my mind:

The Santa Rita Center is being considered in a federal proposal as a site to honor Cesar Chavez Phoenix Historical Property Register. Currently it holds a variety of murals, but there is no running water and electricity as shown in the silhouette photograph. It was a site of such importance for a generation, it will be interesting to see what it becomes for future generations. 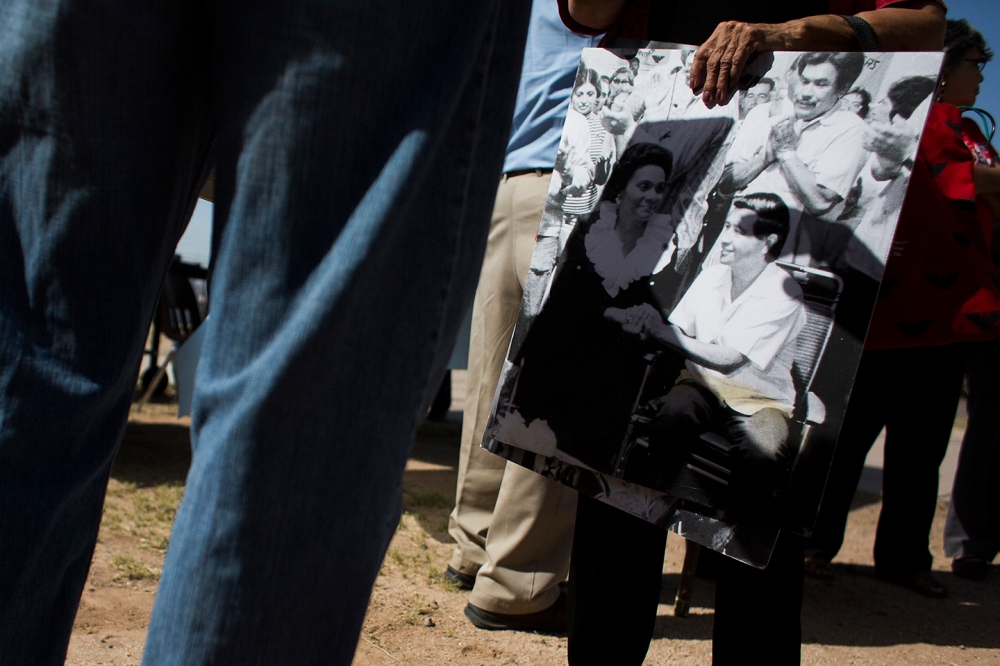 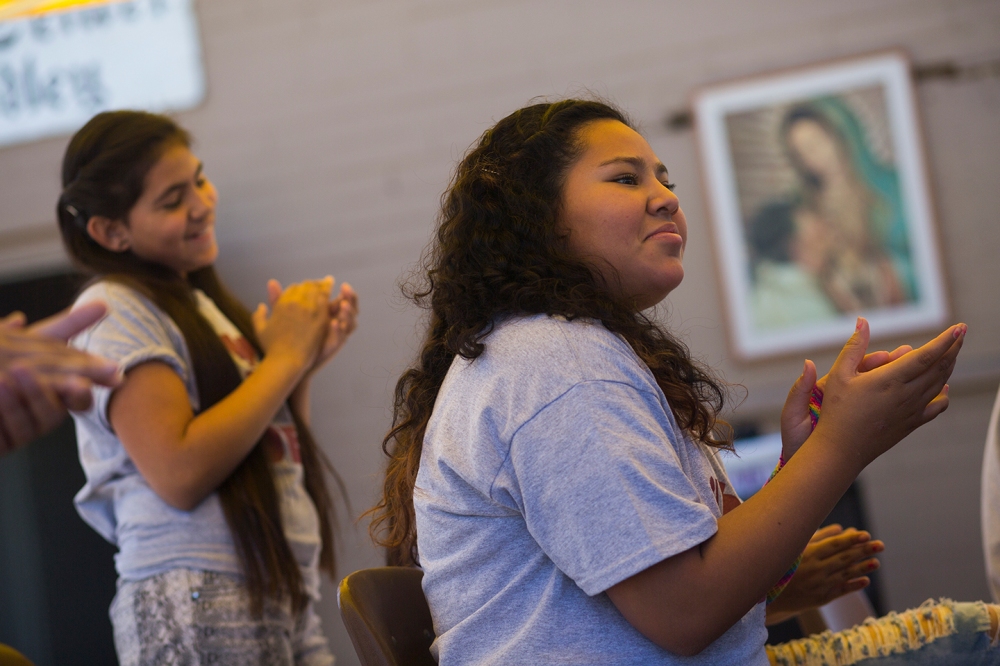 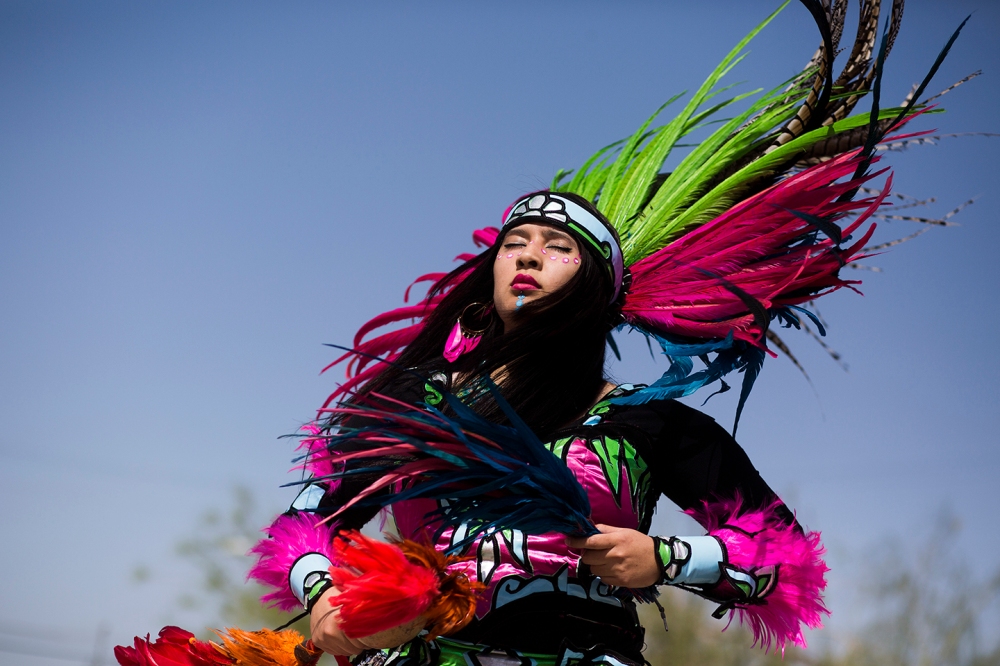 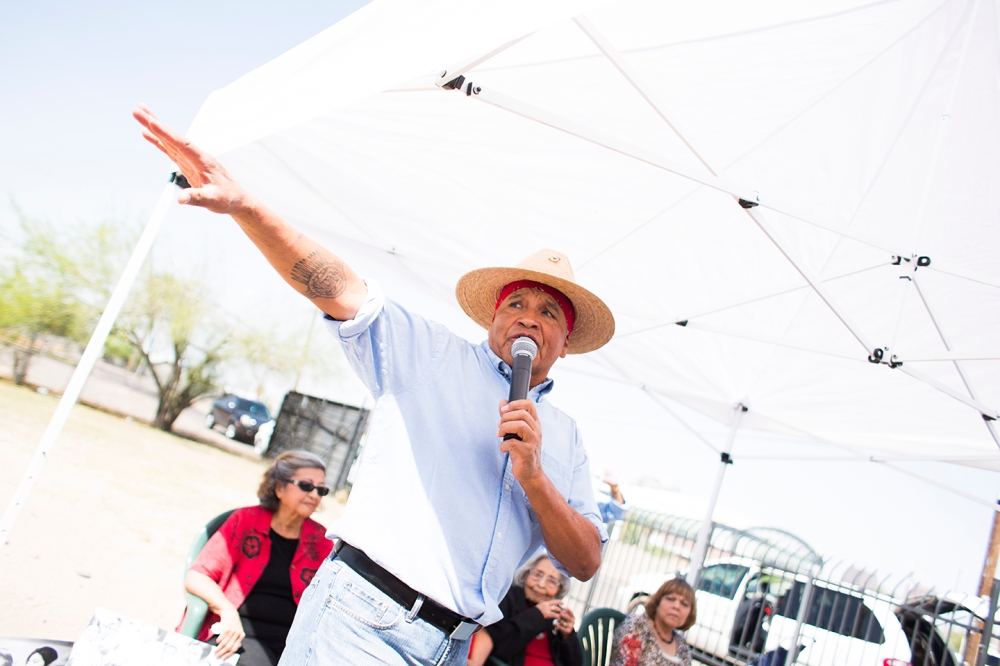 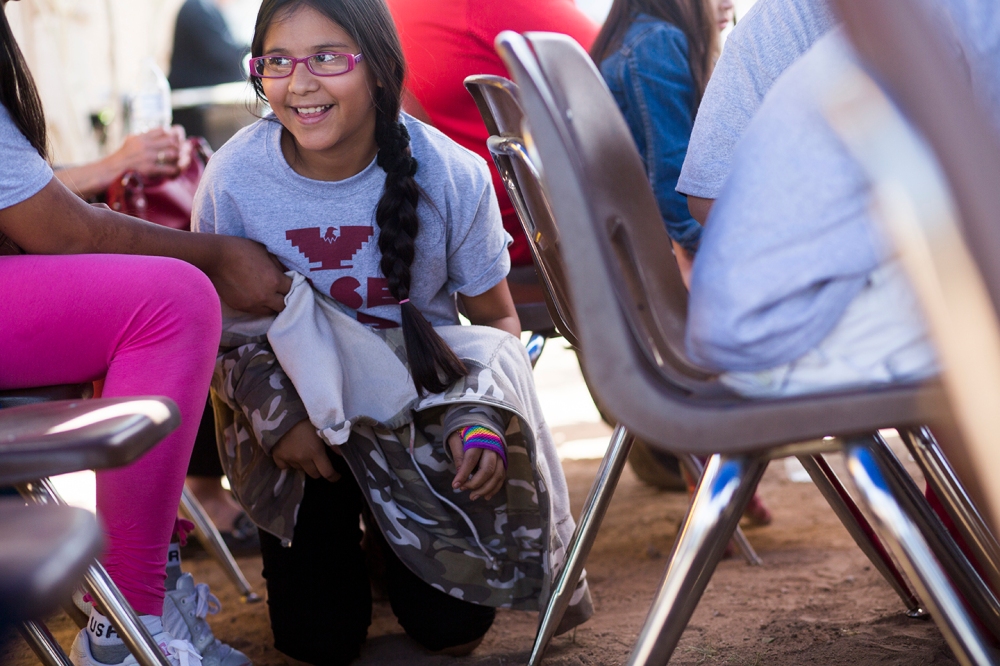