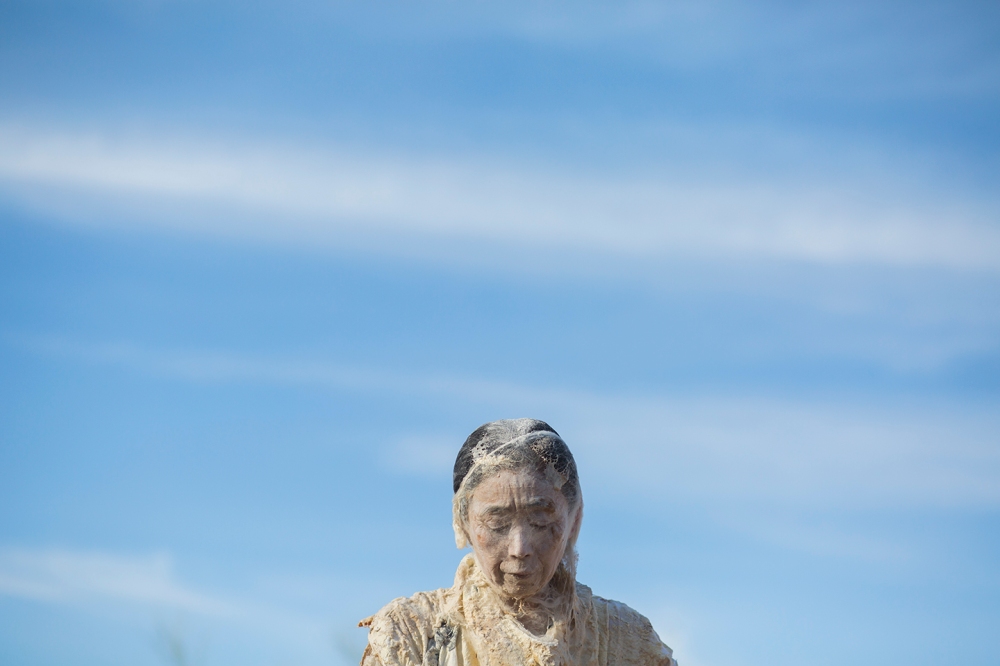 Have you ever heard of Butoh? Before Sunday’s performance of Desert Sightings at the Deer Valley Rock Art Center neither had I. Butoh first appeared in post World War II Japan and based in the idea of turning away from Western styles of dance, ballet and modern performance and to rediscover and redefine what it meant to be Japanese (1). Artists Eiko and Koma don’t characterize their work as Butoh, but claim Kazou Ohno, a pioneer in Butoh, as a main source of inspiration.  Wikipedia describes the performance style as utilizing playful and grotesque imagery, extreme or absurd environments and using white body make up with hyper-controlled motion. I suppose this area of quiet desert with thousands of petroglyphs butting up at the edge of the city, seems a fittingly extreme and nearly absurd environment.

We were escorted as a group to the area the performance would take place. There was a small circle with a pile of dirt in the center covered in candles and Eiko laying still in the center in the bright sun. A large bunching of palo verde branches were piled into one area of the scene and dried pieces of ocotillo and wood created the performance space. Koma hobbled/walked into the circle with a large stick and candles lit on the end. He lit the cake of earth and slowly began to interact with Eiko. They had created three small wells, each holding different materials. The first water, secondly a white mud-like substance and lastly a powder. After some time they began to give each other first the water, then the mud and finally powdered themselves. Their movements were slow and akward, reminding me of a placid horror movie set in the Arizona desert. I couldn’t begin to understand the decisions governing each movement, but I found the point is for the viewer to create their own interpretation of the scene. I still don’t know what to think, two days after the performance, but I enjoyed the idea of utilizing such strange and alien movements in a performance. I suppose it makes you question the idea of what constitutes beauty in performance and provides you with more questions than answers.

At the conclusion of the performance, which took a moment as the slow movements led the audience to wait patiently if perhaps Eiko and Koma would come back to life, the artists took questions. I found it interesting that different people in the audience asked for meanings behind certain movements. One woman noticed how Eiko pushed away Koma at one moment or the meaning of Koma dripping water onto Eiko. A performance like this one seems beautiful because its’ interpretation is so unique from individual to individual. I feel we as viewers wanted to see deeper themes of life and connection in the performance and they wouldn’t tell us what to think. Eiko simply said she wanted to make a mess, but not too big of a mess. 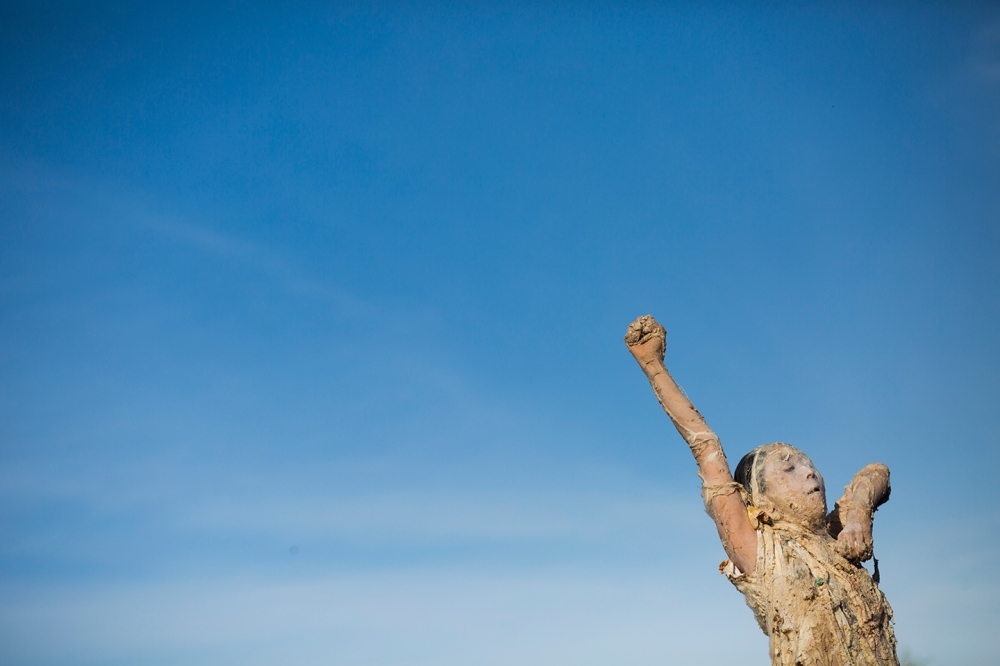 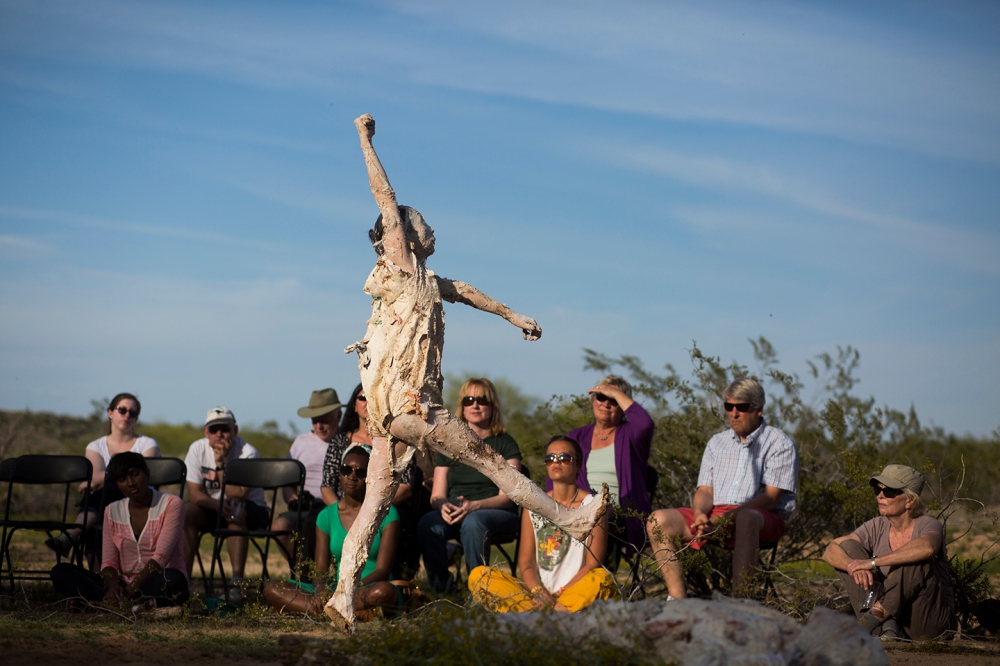